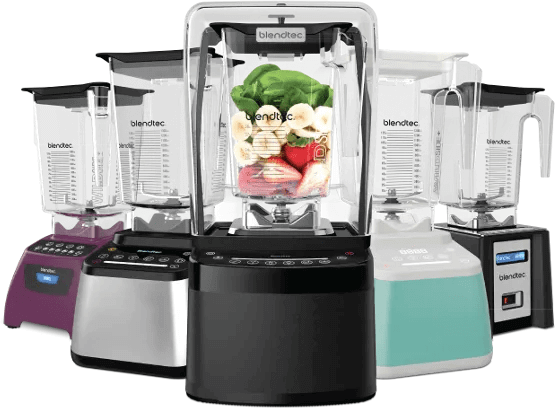 Blendtec has a rich history of innovation. What began with a vision has grown into a company that continues to revolutionise the blending industry.  Everything Blendtec create is designed with one goal in mind—to help people everywhere live healthier, happier lives.

The Man Behind the Machine

A lifetime inventor and entrepreneur, Blendtec founder Tom Dickson was innovating long before he built his first blender. Whether rigging his doorbell to open the front gate or outfitting go-karts and scooters with engines that propelled them to speeds over 80 mph, Tom’s passion to improve existing designs goes all the way back to his childhood.

1965 – Tom gets a blender as a wedding gift. It breaks. This sets in motion a life-long quest to create a blender that will not break.

1971 – Tom begins his career as an engineer for a pharmaceutical company that pioneered the drug delivery systems industry.  He was heavily involved inventions that included the first patch for dispensing medicine.

1975 – While vacuuming up spilled wheat, Tom discovers that the vacuum is an effective grain mill. He develops the Kitchen Mill, a grain mill that produces flour twice as fine and twice as fast.

1992 – The Mix n’ Blend, a mixer and blender combo, debuts. While they are sold in retail, they boast the commercial-quality durability and power Blendtec remains famous for.

199X – The success of the blender on the Mix n’ Blend proves the high demand for commercial quality home blenders. The Total Blender is introduced. Today, our iconic original is still used in households all over the world.

2001 – The WildSide jar makes its debut. The five-side design is the first of its kind and successfully reduces blending time and cavitation. The patented design is soon copied by competitors, forcing Blendtec to take legal action to protect its design.

2006 – Costco begins demoing and selling Blendtec blenders all over the USA.

2008 ­– In order to maintain the highest quality standards, Blendtec brings production of many of our materials and parts in-house, where it remains today.

2012 ­– The Stealth joins the commercial lineup. It introduces numerous innovations  that solve some of the biggest problems facing the commercial blending industry—noise and overheating from heavy use.

2012 – The Twister jar, designed specifically for small, thick blends, is introduced into the retail market.

2019 – The Classic, Designer and Pro Series debuts in August in Australia.

Today, the legacy lives on. In keeping true to tradition of innovation, Blendtec is producing new products and pioneering technology at a faster rate than ever.

All Blendtec® blenders are imported into Australia direct from USA, and are built with parts specifically designed and manufactured for use within the Australian market.